When we had last visited Chicago in September 2015, we were stunned by how its downtown was packed with so many attractive buildings. Ever after, we always had our eye on returning for the Open House Chicago festival to explore the city’s buildings from behind-the-scenes. Last year we made that happen as we rendezvoused in Chicago with my aunt and uncle – who handily happens to be an architect! Here are our highlights from 2017, starting with the weather…

We arrived on Friday evening in fine weather, but rain was on the way, and sure enough during the night we heard the rain as it started to hammer down. Come the morning, nothing had changed as the rain relentlessly fell and was joined by the occasional rumble of thunder. But we hadn’t come all this way to shelter inside, so we ventured out, only to find that it didn’t take long for our feet to be soaked. Arriving in downtown on the L train, we discovered that it was shrouded in mist, so we quickly made our way to the shelter of our first building.

The LondonHouse Hotel, formerly the London Guarantee Building was built in 1923. The main attraction here was to visit the rooftop bar for views over the Chicago River and the rest of downtown. While there was a bit of a queue to visit the roof, this gave us time to take in the ornate ceiling in the lobby, before then finding that our visit to the roof luckily coincided with brief easing up of the rain. 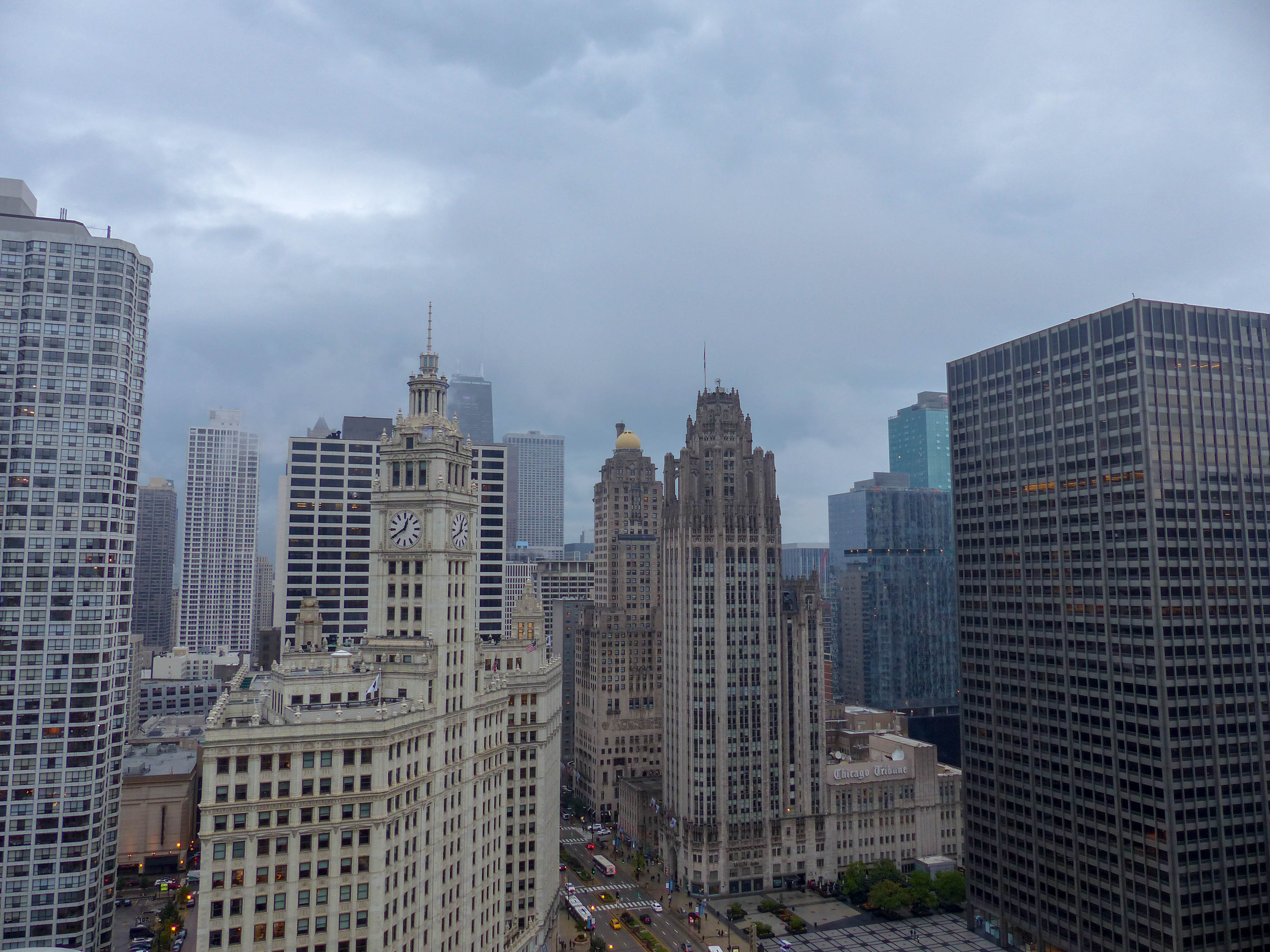 Staying on the north side of the river, 330 North Wabash was our next destination. The Mies van der Rohe skyscraper has a simple and sleek design, which was very familiar to us thanks to its cousin, Toronto’s TD Centre. We got to visit the then vacant 23rd floor, although sadly the views weren’t that great thanks to the weather!

Our final stop of the first day was the 1912 Monroe Building, home to a beautiful lobby with its colourful, vaulted ceiling.

After an evening that brought flash flood weather warnings, we woke up on Sunday to find that while the rain had gone, the grey clouds of Saturday still remained. Our first stop was Lake Point Tower, the only high-rise east of Lake Shore Drive. It has a Y-shaped design so that all residents’ units have unobstructed views of Lake Michigan but cannot see into each other’s windows.

From Lake Point Tower we headed west to LaSalle Street. Our first visit was 1 North LaSalle, where we enjoyed both the Art Deco lobby and the views from the 47th floor penthouse offices of a5 Branding + Digital.

A short walk took us to 33 North LaSalle, and the first of three vaults we’d visit that day! This one was a little different though, as the vault of this Art Deco bank building has been converted into a modern and unique conference facility.

This building probably turned out to be one of our favourites of the entire festival. With three areas to explore, there was plenty to see. We started off at the vault in the basement, before heading to the rooftop deck with views of nearby buildings such as the Chicago Board of Trade and the Willis Tower. But the real gem here was the stunning and cavernous banking hall. 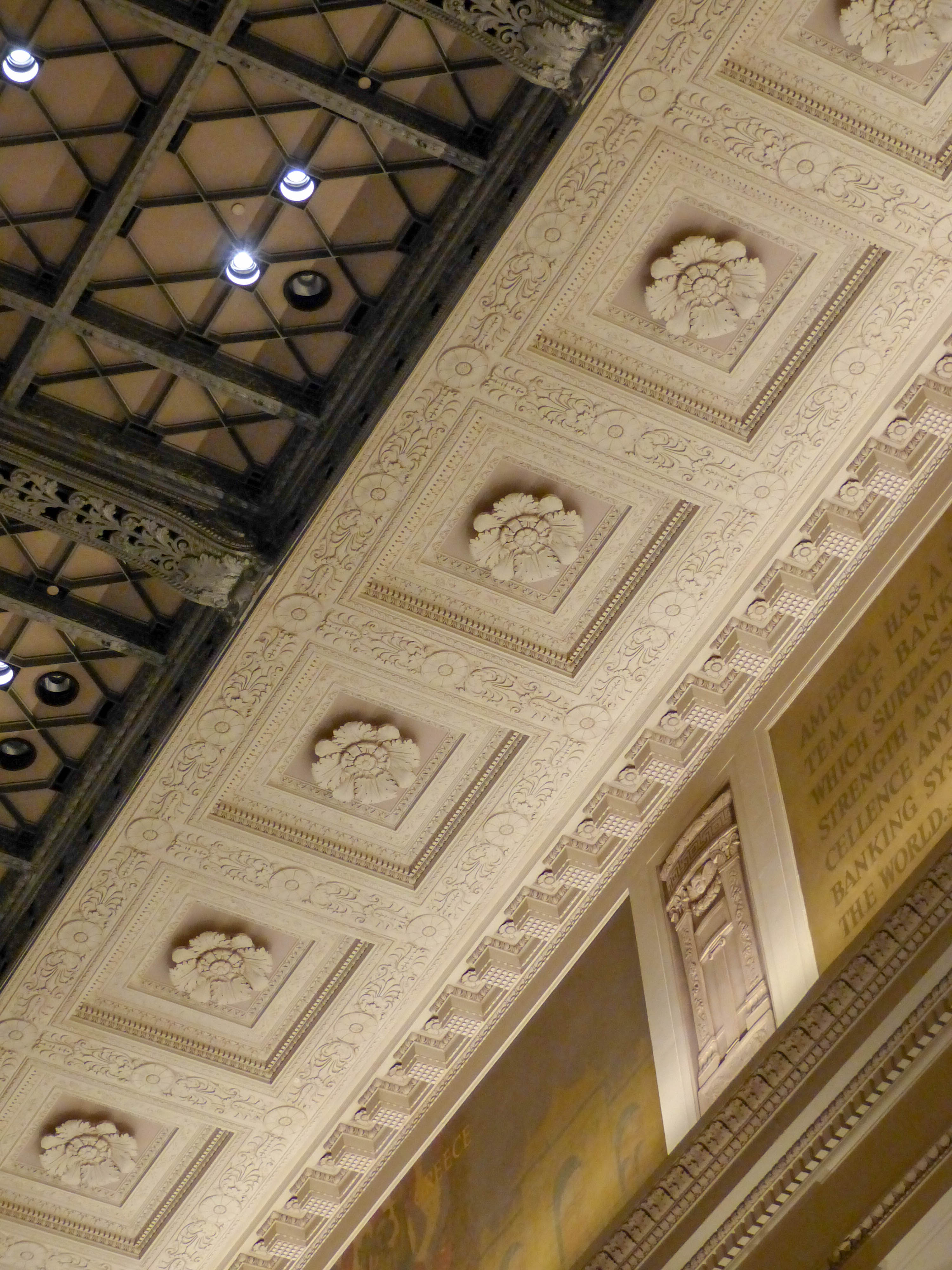 Chicago Board of Trade Building

Our third and final vault was at the Chicago Board of Trade Building, although by then, we were a little bored of vaults! In addition to the vault, we were free to explore the building’s Art Deco lobby. 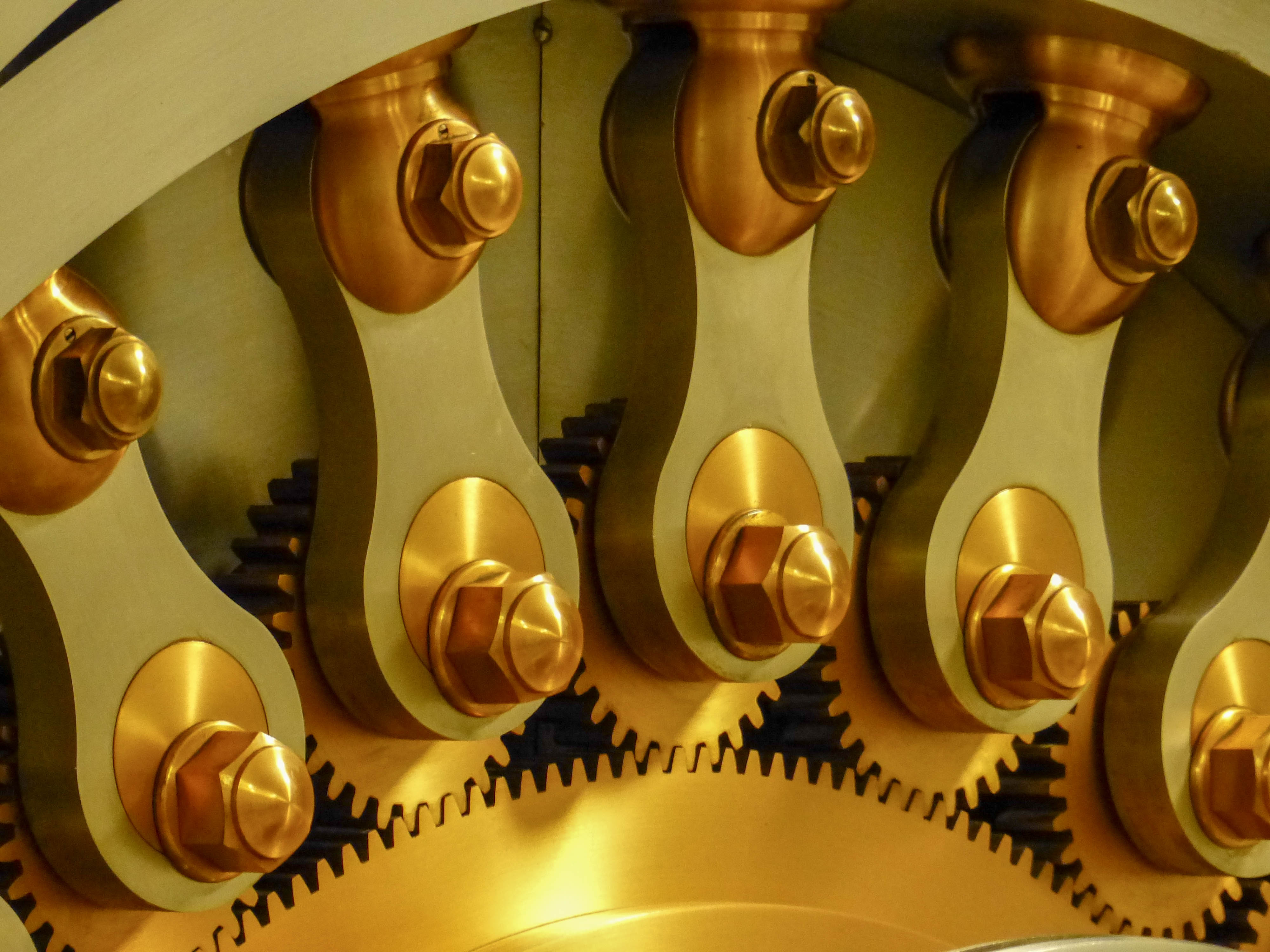 When we visited Chicago in 2015, 150 North Riverside was a funny shaped building emerging out of its foundations. It was cool to return two years later and find it completed and ready for us to take a look inside. We enjoyed the LED displays in the lobby, before heading up to the 26th floor for views of downtown and of all three branches of the Chicago River.

While Open House had now come to an end, we still had two buildings to visit on Monday before heading back to Toronto. The first of these was the Harold Washington Library Center, the central library for the Chicago Public Library System. I’d heard that it had an attractive winter garden on the 9th floor. As we ascended escalator after escalator, I think that Emma and my uncle and aunt started to doubt whether it ever existed, but we finally found the winter garden, and weren’t disappointed.

We finished with the must-see Rookery, a building with both a beautiful exterior and interior. A guided tour took us around the stunning light court and up to the Burnham Library. 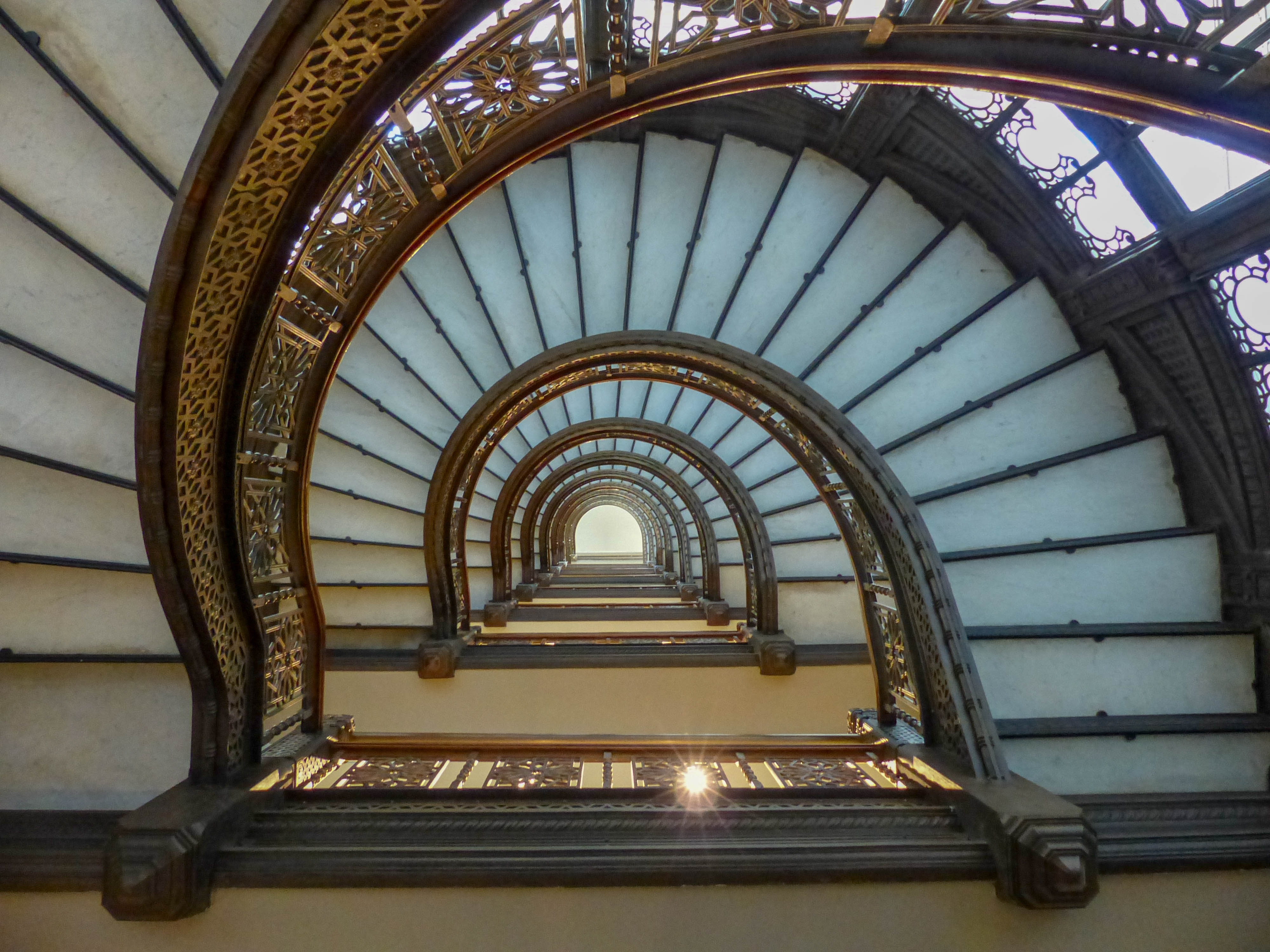 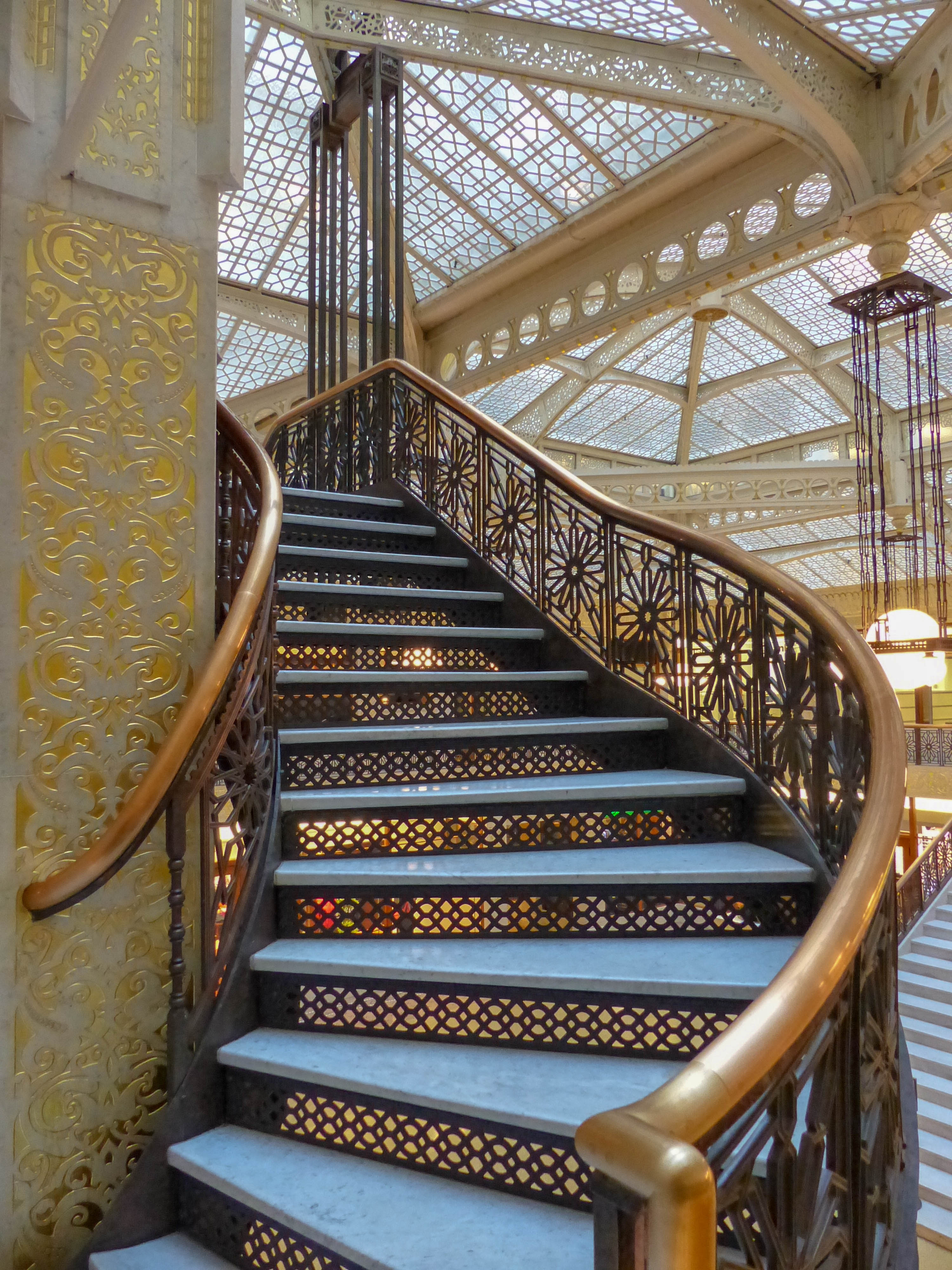 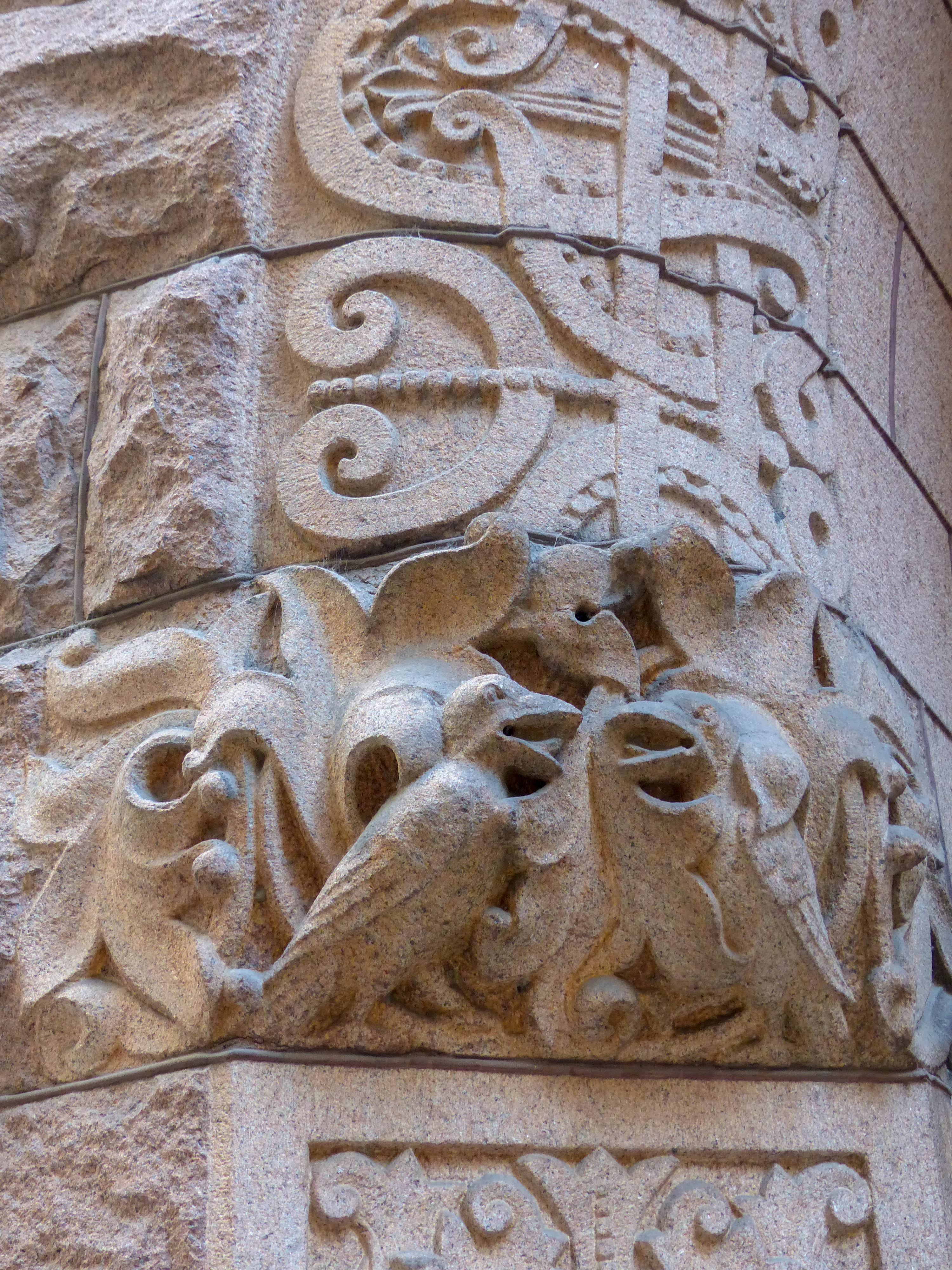 Open House Chicago is a free architectural festival held over one weekend every October, giving behind-the-scenes access to over 250 buildings. Some buildings aren’t open both days and some may require registration in advance.