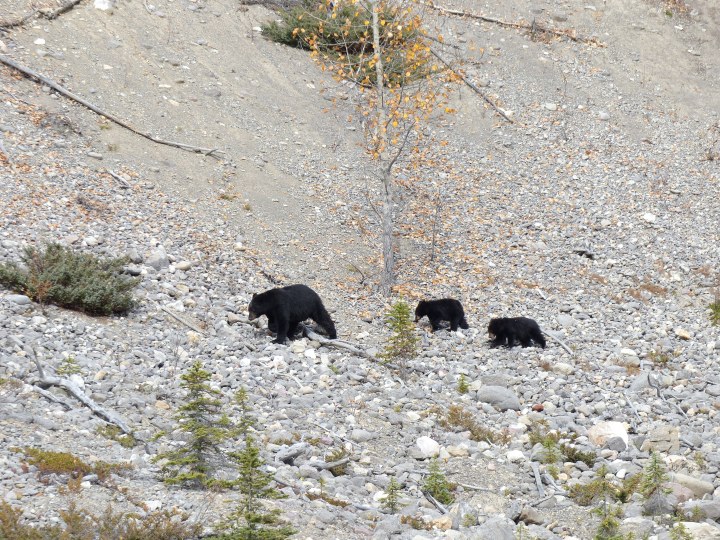 Yes that’s right – we’ve seen our first bear(s)! And not just any bear, a mummy black bear and her 2 cubs.

Black bears are the most common bears in North America, but we still hadn’t expected to see one on our first visit. I’m glad that when we did see one, it was whilst we were more than the recommended 3 bus lengths away and safe in our car!

There we were driving along the Maligne Lake Road on our way to look at said lake when we noticed a few cars stopped at the side of the road so naturally we slowed down to see what the fuss was about and there they were in all their bear glory. I quickly ran to the trunk and grabbed Stewart’s camera so he could take some snaps before the bears decided to run away. Lucky for us they stayed for quite a while and Stewart was able to take hundreds of photos which we had to sort through later. 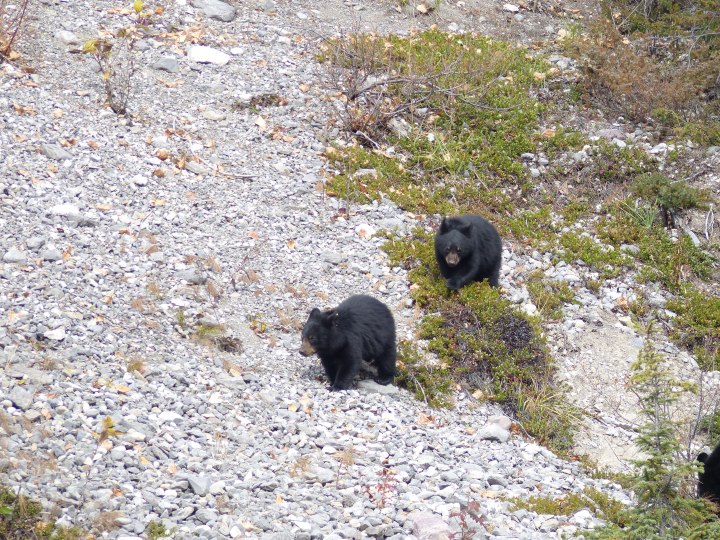 As we were driving back from the lake we we’re on full bear watch, hoping to see them again – we needn’t have bothered as it was pretty obvious where the bears were! 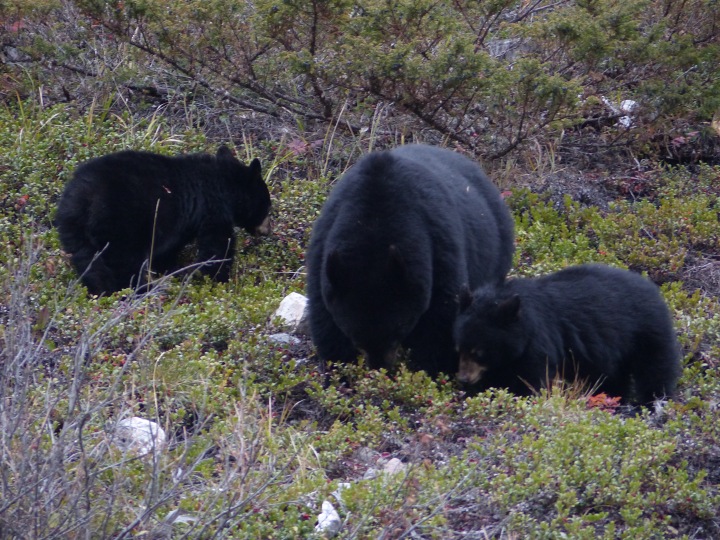 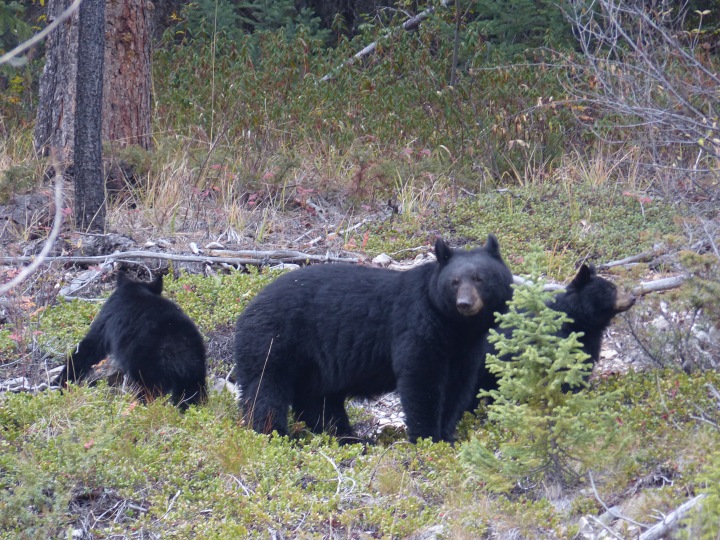 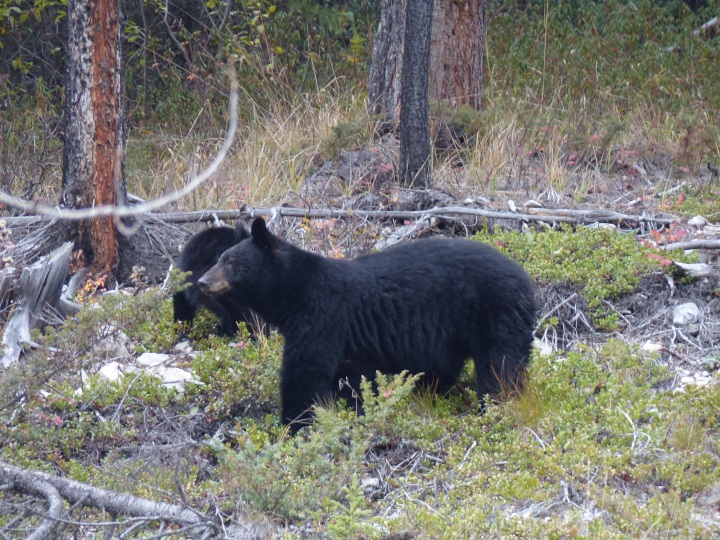 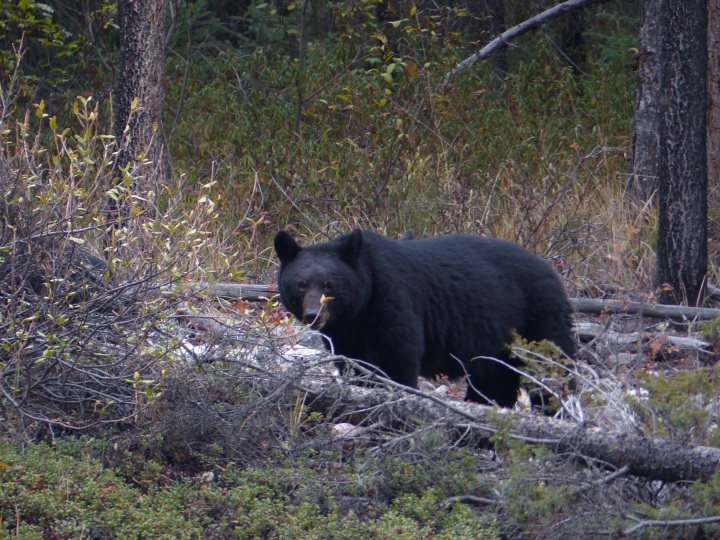 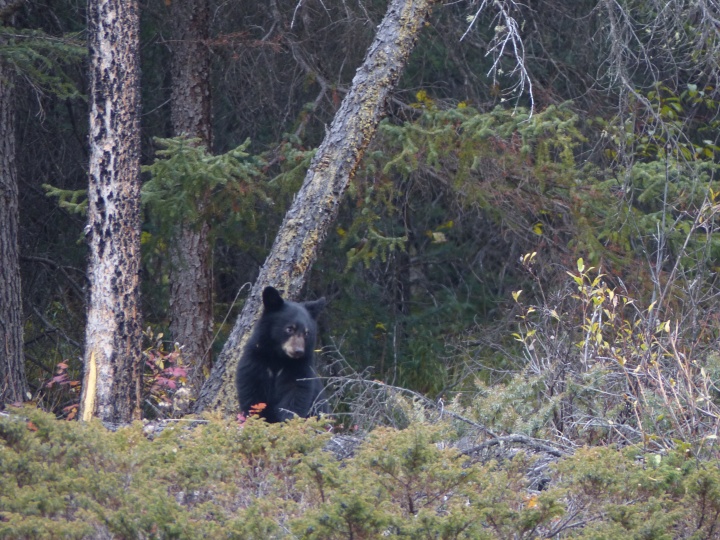 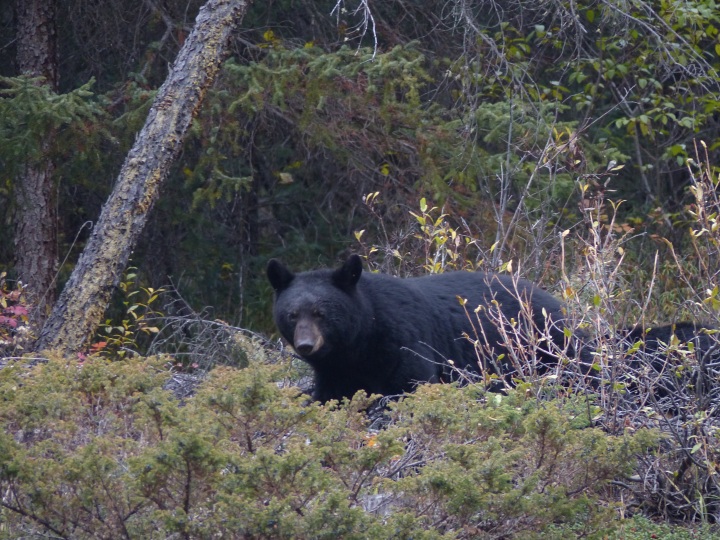 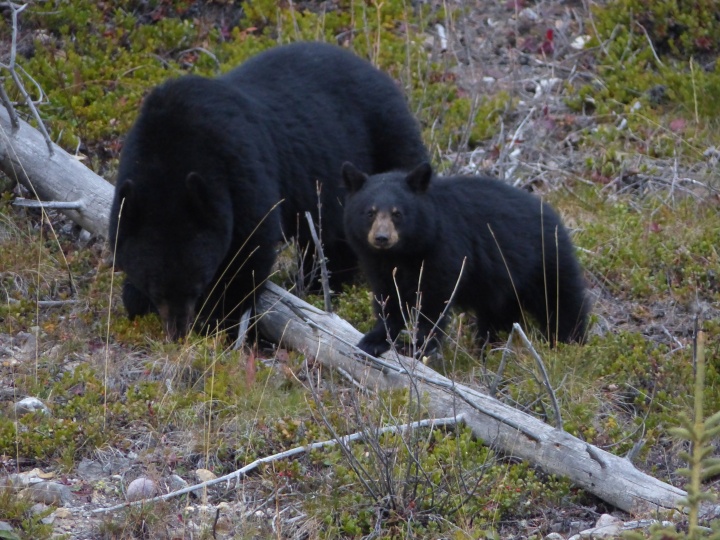 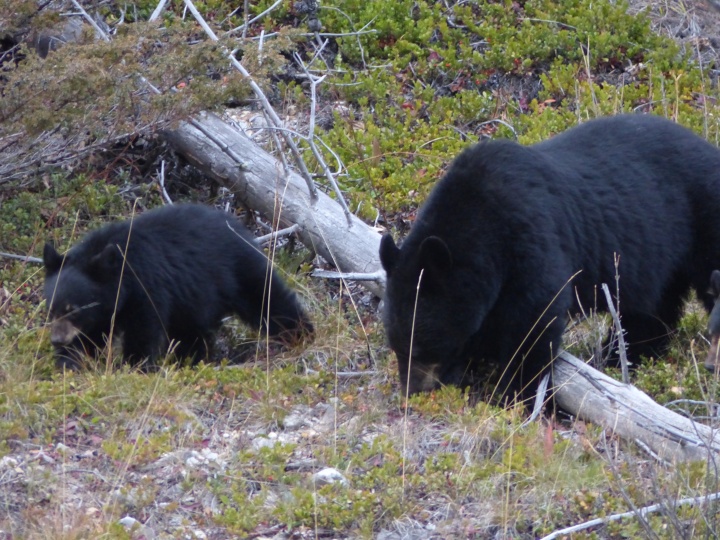 So there we have it, we have seen our first bears – we can go home now!

3 thoughts on “Welcome to bear country”