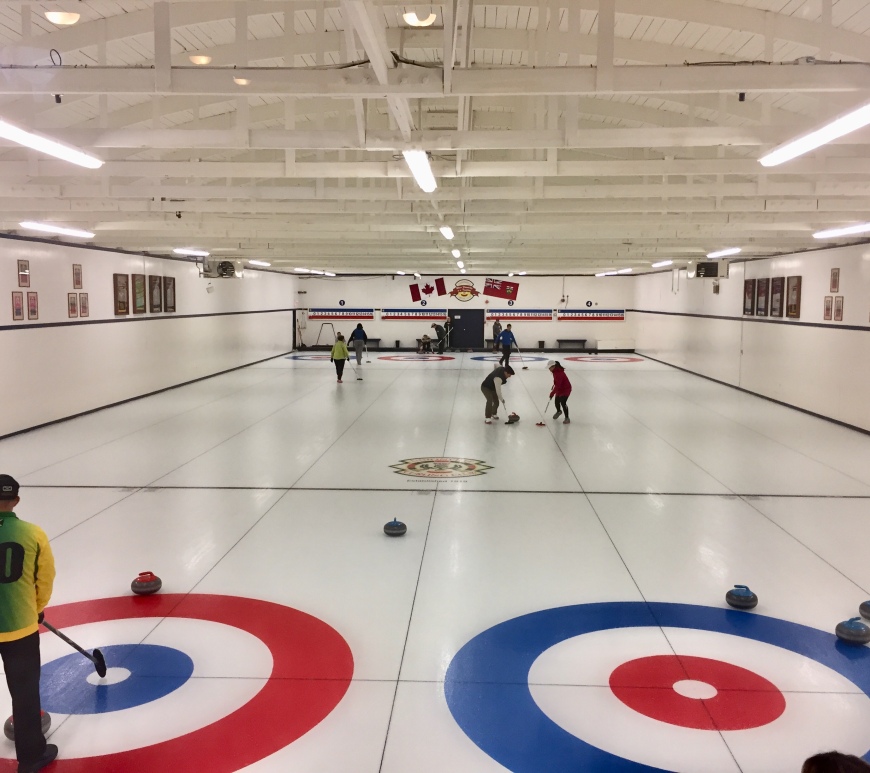 Trying out curling for the first time at Unionville Curling Club. With the Winter Olympics recently finishing, curling is yet again in the spotlight. Even Mr. T got in on the act. Curling is cool, I Pity The Fool who don’t like Curling! Grrr #curlingiscoolfool — Mr. T (@MrT) February 20, 2018 Back in the UK, it once again represented one of our best medal … END_OF_DOCUMENT_TOKEN_TO_BE_REPLACED

Arrowhead Provincial Park’s winter activities don’t stop with its skating trail, it is also home to a network of cross-country skiing trails. We put on a pair of skis for the first time in Canada to check them out. My first and only skiing experience had been just as traumatic as my first ever skating lesson. As with anything that required coordination, my one and … END_OF_DOCUMENT_TOKEN_TO_BE_REPLACED

Picture a quintessential Canadian winter scene, snow covered evergreens as far as the eye can see, big fluffy snowflakes falling and a beautiful torch lit skating trail winding through the middle of it all. And there you have the Arrowhead Provincial Park Ice Skating Trail. It continues to be named as one of the top winter experiences in Canada, it even makes BlogTO’s top skating … END_OF_DOCUMENT_TOKEN_TO_BE_REPLACED 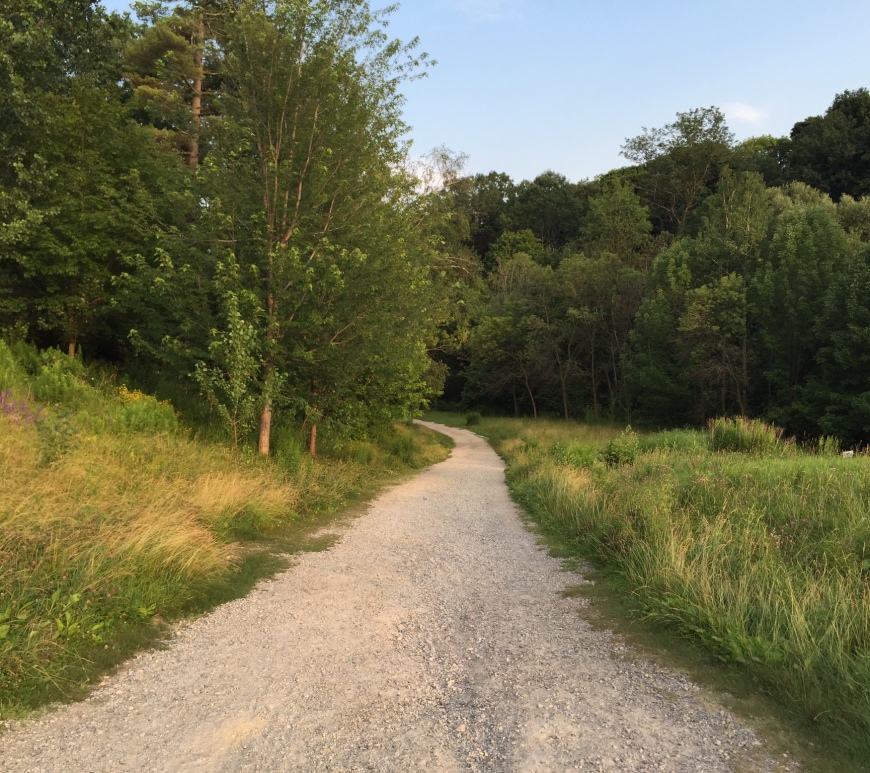 When we lived in Cambridge, I remember coming across a piece of artwork on a market stall that always stuck with me. It consisted of four photos, all taken from the same point and at the same angle, along a beautiful tree-lined path that crosses Jesus Green. Each of the four photos was taken in a different season, and I loved not only the contrast … END_OF_DOCUMENT_TOKEN_TO_BE_REPLACED 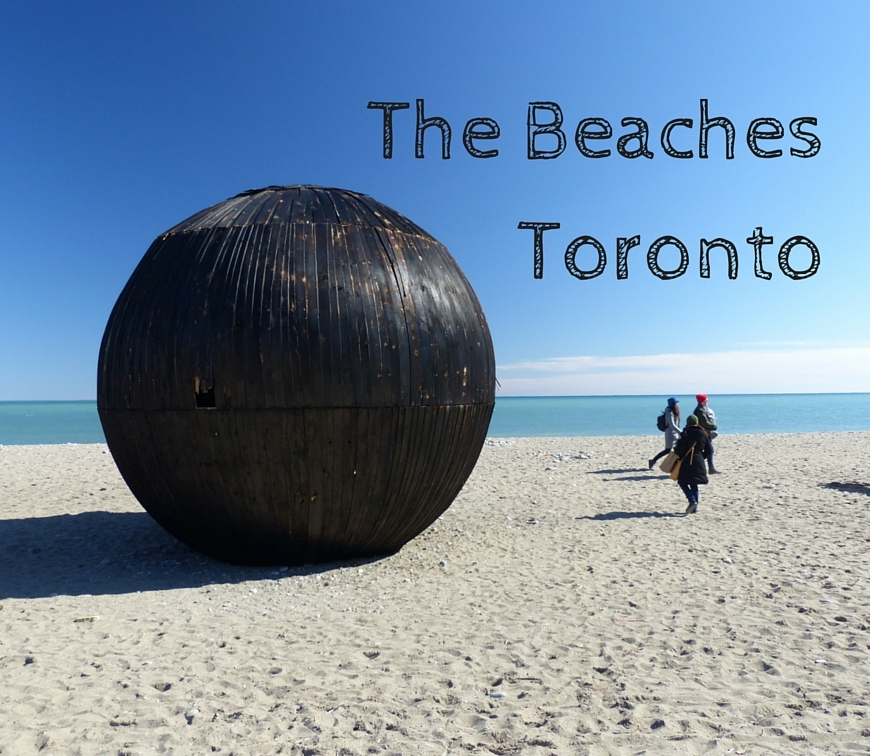 After 16 months in Toronto we finally made it to The Beaches! It was a beautifully sunny day yesterday so we decided to head down to the lake and check out the Winter Stations design competition that was ending this weekend. Winter Stations is in its second year, and aims to encourage people down to the beach in winter by transforming the lifeguard stations into art … END_OF_DOCUMENT_TOKEN_TO_BE_REPLACED

Now in its 6th year, Toronto’s European style Christmas Market has been ranked by many as one of the best Christmas Markets in the world. Located in the historic Distillery District, the market features all the festivities you would expect, including Santa, a 54-foot Christmas tree, a mini Ferris Wheel and plenty of mistletoe. It’s the perfect way to kick off the festive season. We visited … END_OF_DOCUMENT_TOKEN_TO_BE_REPLACED

The Santa Claus Parade is a Toronto tradition that’s been going 111 years. It’s broadcast on national television and over half a million people line the parade route ever year. Therefore it’s fair to say it’s a pretty big deal. So on November 15th we stopped what we were doing (looking for parkas in Hudson’s Bay) and headed over to University Avenue to catch a glimpse … END_OF_DOCUMENT_TOKEN_TO_BE_REPLACED

So we did it! We survived! Spring officially started today, so goodbye winter. What’s more, February 2015 was apparently Toronto’s coldest month on record EVER, with the daily high never exceeding 0 degrees! Although some might say that February cheated in claiming this record, given that it has only 28 days… Honestly, I don’t think that the winter has been that bad, especially given all … END_OF_DOCUMENT_TOKEN_TO_BE_REPLACED

This week the weather has improved dramatically, the snow is melting and it finally feels like spring is coming. The good weather started last Sunday, when temperatures reached a massive 2 degrees, which seemed so much warmer after experiencing the coldest February on record in Toronto! We decided to take advantage of the bright sunshine and head down to the Harbourfront Centre to do some … END_OF_DOCUMENT_TOKEN_TO_BE_REPLACED

Last weekend was Family Day weekend in Ontario (and in some other provinces), so we headed down to the Toronto Islands. Anyone in Toronto will know that it was very cold last weekend with temperatures reaching as low as -40 with windchill on Sunday!! We went on Saturday, as despite not being forecast to be as sunny as Sunday or Monday, it was due to be a bit … END_OF_DOCUMENT_TOKEN_TO_BE_REPLACED